How to Become One Of Celebrities Favorite T-Shirt Brands 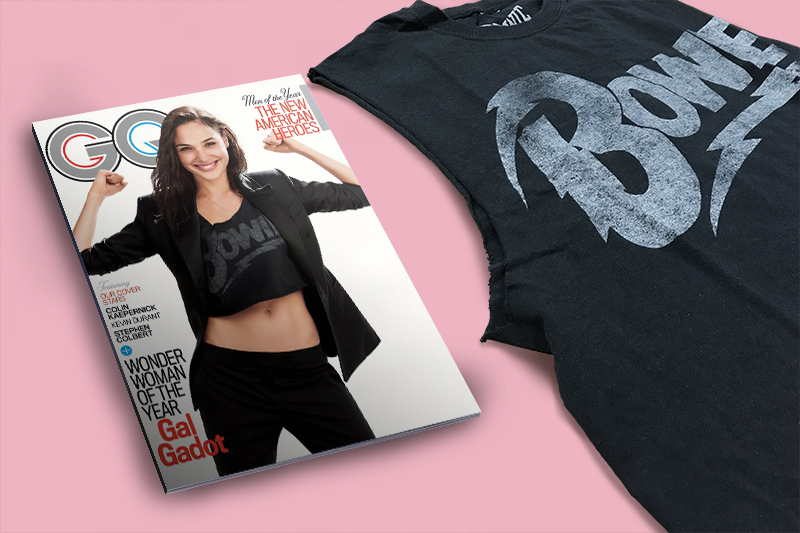 Being in the fashion industry, which is a hilarious way for any humor t-shirt brand to start a sentence, we’ve had a front-row seat to the show that is called ‘Celebrity’. It has always been the dream of designers to become one of celebrities favorite t-shirt brands. Once vital to any t-shirt brand’s success, famous people wearing your designs has waxed and waned in importance over the last fifteen years. With the advent of smartphones and social media, celebrities have shed their former untouchable status. This has played an interesting role in the fashion industry, but influencer endorsement is more important than ever.

I’m Getting Too Old For This Shirt This video is like a time capsule, what with backwards trucker hats and nary an iPhone in sight.

Once upon a time, Avril Lavigne wore a green thrift store t-shirt in a music video and it changed the world.

Or at least it changed the way people sold t-shirts.

In 2002, Wilkesboro Elementary school woke up one morning to find themselves inundated with requests for their t-shirt. Avril’s seemingly mundane wardrobe choice in her Sk8er Boi music video masterpiece frenzied hundreds of ‘bois and gyrlz’ into action. Kids asked parents for permission to log-on to AOL followed by shouting from the upstairs study with, “Stay off the line, mom!! I need to send an email to a school in North Carolina about a shirt I saw on MTV!”

Pro-Life Tip: Nothing makes you feel more like a grown man than googling a fifteen-year-old Avril Lavigne music video with a 4:3 aspect ratio at 8:00 AM that uses advanced cell phone technology like this.

The point is, this started a huge trend of apparel brands trying desperately to become celebrities favorite t-shirt brand. Companies like Teenage Millionaire grew from relative obscurity to world crushing status within months thanks to landing tees on ‘iconic’ personalities like Ashton Kutcher and Pamela Anderson. Local Celebrity still has one of the most impressive collections of celebrity photos I’ve ever seen, with gems like Frankie Muniz and Burt McCracken.

I once met Frankie Muniz in the parking lot of The Hard Rock Hotel in Las Vegas. After some chit-chat, we literally handed him a box of t-shirts that he put into his stellar car and we never heard from him again, which is actually really relevant. My mom saw someone in the audience of an episode of ‘So You Think You Can Dance’.  She literally took a photo of her TV with a disposable camera.

We played along for a while. We made a ‘wishlist’ of celebrities and musicians we wanted to get our t-shirts on. Some sneaky tactics were used and a lot of time and money were spent trying to make it happen. And ultimately all of that hard work paid off… kind of. The biggest celebrities we got shirts onto were Britney Spears’ and Jessica Simpson’s little sisters. And while Jamie Lynn and Ashley are wonderful human beings, we never reached Delta-Level-Ashton by trying.

We decided to focus on what we knew best: making really funny t-shirts. We’d hand out a few tees if an opportunity arose. I was able to give Puff Daddy a t-shirt on one such occasion. But in general, we kept our heads down and focused on our work. And the funny thing is THAT’S when we started seeing famous people wearing our tees. Nick Cannon wore our first design with a style number to an awards show he hosted. Justin Beiber had two of our shirts in his Baby music video. Victoria Justice wrote about our most popular tee online. Willow Smith wore a rare Goodie tee for a photoshoot. America’s sweetheart, Anna Freaking Kendrick wore our tee in a movie. And while I’d love to say Anna Kendrick and I are best friends who sing duets and tell fart jokes together, I don’t know where she got our shirt.

It seemed like as soon as we stopped trying, people were seeing our tees everywhere. And we started selling more funny t-shirts than ever before… Right? Well, not exactly. Photo: Jered Scott, who is a rad person that I love.

Social media posts, native advertising, and casual product placements are everywhere. Many brands spend thousands of dollars on influencer endorsements. So they must sell product, right?

While seeing your favorite socialite drinking the next new diet tea may seem like a blatant way to drum up sales, they’re actually helping advertisers build a lifestyle more than they are selling product. Ultimately, it may mean the same thing, but often enough brands aren’t interested in an immediate ROI. That also means today’s Avril Lavigne equivalent won’t sell thousands of shirts just because she wore it.

Goodie Two Sleeves has always made a concerted effort to design, manufacture, and sell to the beat of our own drum. We stopped relying on celebrity photos years before the fad died. We may have mentioned it occasionally, but some companies were driven by it. And unfortunately, some brands that relied on it died out with the trend.

I’m not saying a celeb endorsement no longer works. But in the same way, social media has killed celebrity diety, endorsements work differently than they did a decade ago. Spotting a wild musician in a new tee just desn’t have the same effect.

So Are We One Of Celebrities Favorite T-Shirt Brands? All that being said, we love a good pat on the back. Seeing Gal Gadot wearing our Bowie tee on the cover of GQ is really cool for us. And unexpected to boot. There are only a few independent retailers who carry this tee, which makes the fact that she wore it that much more specialer. It’s a word, shut up Grammarly.

She is one of the biggest stars in the world and she likes our shirts! But in a much more real sense, she’s just a girl, standing in front of a closet, asking it what she should wear. Or something. Ugh. Yet another reference from fifteen years ago. Gosh, you’d think that was an important time in my life or something.