15 Reasons Why MAGIC Vegas Can Change Your Business 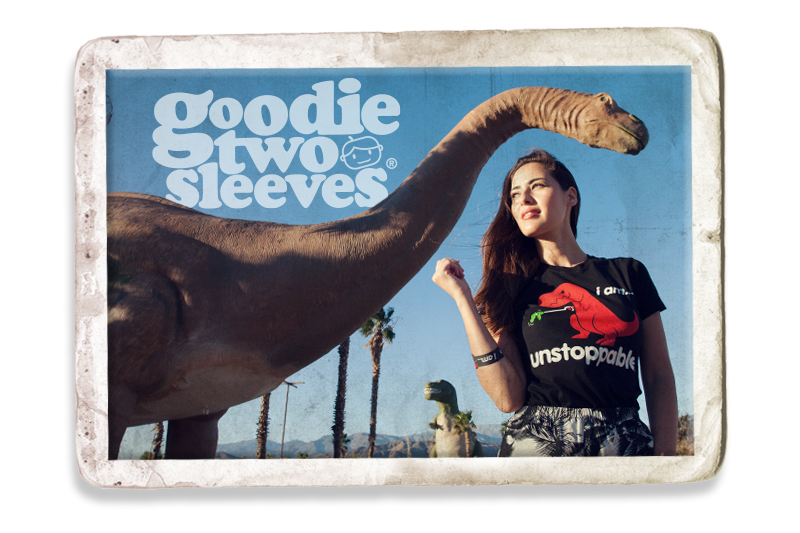 Twice a year, for the last fifteen years, Goodie Two Sleeves has gone to MAGIC Vegas. More specifically, we attend Pool which is a part of UBM Fashion. But everyone we know calls the whole thing MAGIC. Go figure.

Despite its name, MAGIC Vegas has nothing to do with rabbits in hats, unless of course that’s the latest in headwear. MAGIC is one of the longest running fashion trade shows in the US. The trade show was inaugurated in 1933 by the Men’s Apparel Guild in California, hence its name (Thanks, Wikipedia!).

Even though Goodie Two Sleeves is a fashion brand, attending Magic wasn’t as obvious a choice to us as one might expect. Our introduction to this esteemed show was totally accidental.

You don’t know what you don’t know and in 2002 we knew less than nothing. On a fluke, a friend of ours was headed to Vegas to attend a doctor’s conference. Being the affably frugal person he is, our friend asked us if we would drive him to ‘Lost Wages’ so he wouldn’t have to splurge on a hotel room. Fast forward six hours and my friend and I had an entire day to kill in Las Vegas, NV.

Our first stop was an all-you-can-eat buffet. It was fantastically mundane. The second item on our itinerary was to cruise through a few casinos off the strip. Being only nineteen at the time meant we couldn’t drink or gamble but somehow the sights and sounds still buzzed with neon electricity. It was my first trip anywhere without my parents and we took it all in.

An hour later we ran out of things to do. Having exhausted our ‘must-see’ Vegas list we had to figure out how to waste another eight hours. Of course we decided to test drive fancy cars. Spoiler Alert (car joke), this knee-jerk decision would affect Goodie for years to come. We made our way to an Audi dealership and promptly hid our minivan down the street.

The salesman was your typical fare, trying to read a couple of overly confident teenagers. He asked us what we did and we told him we owned a clothing company. I expertly omitted that we had only owned said company for 2 months at that point. What John Q. Car-Salesman said next was a game changer.

“Oh great! Are you guys here for Magic?”

“No,” I replied. “We own a clothing company.” making sure to emphasize the word.

This salesman was patient enough to explain what MAGIC Vegas is and why it’s important for clothing companies. you meet buyers from stores and network with tons of people. We left that dealership with a better appreciation of German automobiles and a mission to learn more about Magic.

Six months later we returned to Vegas to meet with retailers and walk the shows. It was at this event that we met with our first major chain and started making big leaps forward in our business.

But Why Male Models? A sampling of our first booths in Vegas, and their evolution.

We loved that first show. So much so that for another decade and a half we kept coming back. Attending more than thirty shows, we’ve met some incredible people. Some of them we’ll see next week, but for most we won’t. The majority of young brands that attend these shows, for whatever reason, stop coming coming back. That isn’t to say they all fail. For some it was just the opposite.

But why did it work for us? Why has Goodie kept it up for so long? Well, remember those incredible people I mentioned?

I’ll Have a Networking, On the Rocks While not our biggest booth, this was one of the most fun.

Buyers, retailers, other brands, and even strangers pull us back every season. We’ve grown to love so many of these people and going to Magic is a great excuse to see them all again. Some of my best friendships today were built on the floors of Pool. Magic is also a great opportunity to meet people.

When we first started out, I was a nervous wreck. I was so socially awkward I didn’t even go to that first meeting with a major retailer. But trade shows make you learn a lot even if you aren’t trying. Before long I found myself extolling the benefits of Goodie tees to total strangers. We have all grown from the experience of willfully putting it all out there, show after show.

And it can be terrifying. Our largest booth cost more than we made that show. It was fun, but we learned our lesson and scaled it back quite a bit.

Another benefit from going to all of these show is making mistakes. In many ways our worst shows were more meaningful than our best. We’d return with renewed fervor and an opportunity to fix what went wrong. Rather than shrink back from the blunders, we decided to improve.

Fifteen years ago we kept receiving feedback that our turn around times were lengthy. That’s a nice way of saying we were slow-pokes shipping orders. Although it took a concerted effort from everyone at Goodie, we now pride ourselves on our ability to ship quickly and completely. But this was a lesson we learned at the shows.

I don’t think anybody really likes hearing about their weaknesses, but in business it’s crucial and we didn’t take those admonishments for granted.

So How Can Magic Vegas Change A Business A little teaser for this season’s Goodie Two Sleeves booth!

You may be wondering when I’ll get to those 15 reasons why MAGIC Vegas can change your business. The truth is, at least for us, it was the consistency of the last 15 years doing something that was both fun, and tiring. We’ve made money and lost it. We’ve had huge booths and single rack shows.

Through it all we’ve had a recurring exercise, to constantly try and achieve better even if that doesn’t mean doing more. For Goodie, showing our latest designs at a trade show may not change our year in sales, but it will undoubtedly improve our attitudes and work ethic as we take a look at what works (and sometimes what doesn’t).

If you plan on attending Magic in February, whether your shopping or selling, consider swinging by and saying hello. We’d love to meet a new incredible person!